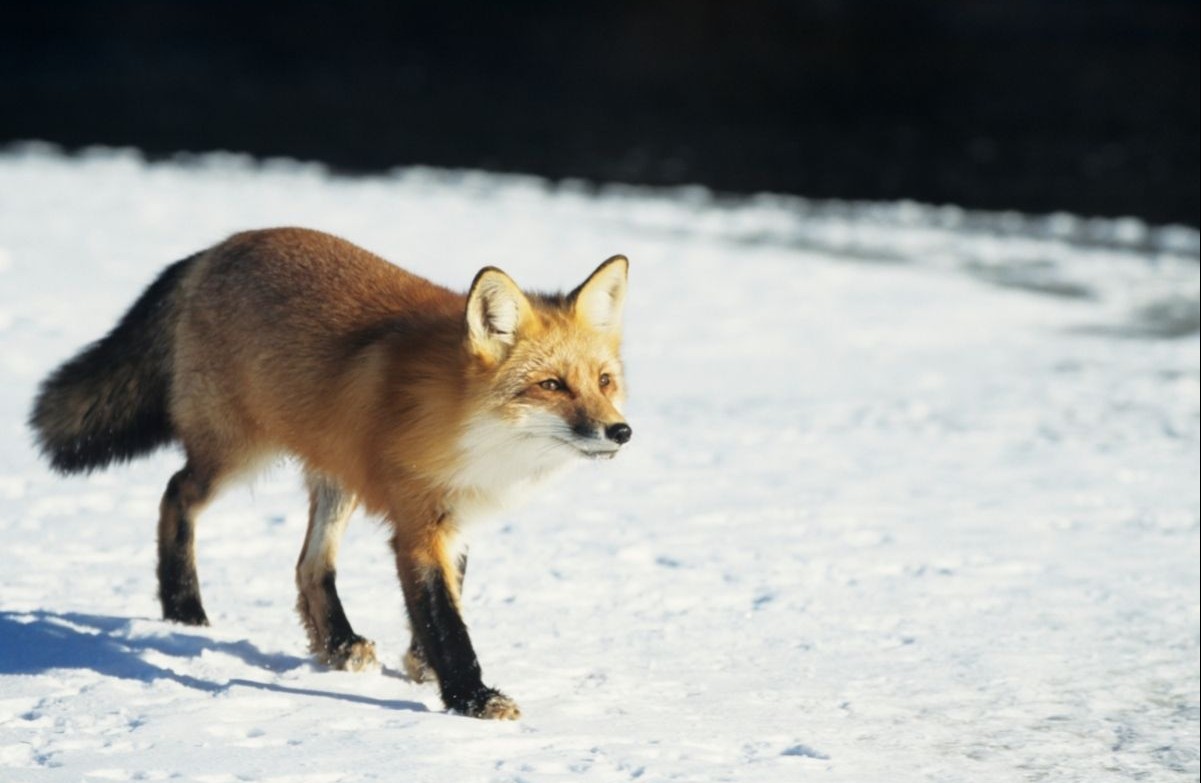 Foxes are medium sized, omnivorous mammals that are identified by their lithe frame, bushy tail, pointed ears and nose, and long legs. Foxes are intelligent predators, known for their wily, tricksy and cunning nature.

Foxes are also part of the Canidae family, which includes other animals such as dogs, coyotes, wolves, jackals and dingoes.

Foxes are actually found all around the world, and typically reside in forested areas or grasslands. However, there are many different species of foxes, from the common Red Fox, to the Arctic Fox, and even the Fennec Fox, which is the smallest of all canids, with very large, oversized ears.

With various different species of foxes found in many different countries, you may be wondering where foxes typically live, whether they hibernate, and how they find and eat their food. Luckily this guide is here to answer all of these questions for you!

Where do foxes live?

Foxes live in small burrows called dens, where they can hide from predators, protect their young, and have a safe place to sleep and store food. Foxes typically live in forested and rural environments, but can also be found in mountains, deserts, grasslands and other locations depending on the type of fox.

For instance, the Arctic fox is found in, you guessed it, the icy tundra of the Arctic, whereas the Fennec fox resides in the Sahara Desert.

On the other hand, red foxes are the most common of the fox family, and can be found in Europe, Asia, Australia, North Africa and North America in a range of rural, urban and suburban habitats.

Foxes are incredibly versatile creatures, and are able to adapt well to a range of environments and weather conditions, which is probably why there are estimated to be around 30 different species of foxes around the world.

As foxes live in buried dens under the ground, you may be wondering if foxes hibernate during colder months in order to survive. So, do foxes hibernate?

No, foxes do not hibernate. This is a common misconception, as they do not need to hibernate. Most animals hibernate as a means of conserving energy in order to survive harsh weather conditions and a lack of food.

Foxes by nature, are able to withstand very diverse weather conditions, and are able to forage and scavenge for food pretty much anywhere. As they eat both berries, fruits, seeds, vegetables and other animals, they are never lost for food sources, and so there is no need for hibernation.

Therefore, you will see adult foxes roaming during the winter, whereas the pups may stay protected, away from the snow.

However, due to their thick coats, some adult foxes have no need to return to a den during colder weather conditions, and will devote most of their time and energy hunting and foraging for food, without returning to a den. They will then sleep in the open, on a blanket of thick, fresh snow with no worry about how cold it is.

Where do foxes live during the winter months?

Unlike other animals that need to hibernate in the winter, foxes do not change their routine much during colder seasons. Due to their thick, fluffy coats, foxes are able to survive, hunt, forage and explore during the winter months with no problems.

For the most part, foxes may lie in sunlit areas during the winter months in order to stay warm, but are also known to be unbothered by snow and rain. However, if there are severe storms and harsh weather conditions, they may seek shelter or return to a den.

Foxes may even begin mating and raising offspring in the winter, as they tend to breed from January to March. If this is the case, then some foxes will live in the den with the offspring, whilst others go out to hunt and find food.

What do foxes eat during the winter months?

Foxes are scavengers, and will try to eat pretty much anything that they can get their paws on. In the winter months, food may be more scarce than normal, and some foxes will eat small mammals, and other animals that they can find.

However, as food becomes increasingly scarce during very cold winters, foxes may stray towards residential or urban areas to forage for food in trash cans and in the backyards of our homes.

To summarize, foxes are highly adaptable creatures that can eat a range of food sources and survive in various weather conditions. This is why there is no reason for foxes to hibernate during the winter, or conserve energy through the cold winter months.

As hunters and foragers with thick coats, they are able to survive the harshest of conditions, and still find sustenance.