The red fox is a truly amazing animal that has learned to adapt to almost every environment it’s come across. One of the most widely dispersed animals from the family Carnivora in the world, the red fox has crossed continents and survived in the harshest of winters.

Red fox adaptations include the red fox’s ability to adapt to multiple regions of the world. The red fox has made its home on multiple continents, in forests, deserts, grasslands, the Arctic, and even urban cities. They have been brought to countries like Australia, where they were introduced for hunting purposes and have learned to thrive there.

This article is interactive Click here or scroll down to play the crossword puzzle. (Clues are inside of this article and video)

Most other species of foxes are native to only one region, from which they have become embedded.

However, the red fox is native to multiple countries and regions around the world. They have spread from their northern homelands down to mid-America, North Africa, Eurasia, and Japan!

Different world mythologies list foxes as being spiritually present in their local myths and legends, proving that they adapted to these countries and regions a very long time ago.

Red fox adaptations differ in many ways, one being their biological and physical properties. The most important of these physical adaptations is probably the thickness of their fur, as well as its morphological qualities.

The red fox has a thick fur and hide, making it adaptable to regions with very harsh winter conditions. They are native to northern regions, where their fur plays a large role in their ability to survive.

This also makes them a target for fur hunters, trappers, and fur farms that raise them just to harvest their fur and pelts.

One interesting part of this fur adaptation is the morphological features that they possess. The red fox has many color morphs. You might find a red fox that is mostly black, silver, or orange.

There are three main types of color morphs for red foxes, red, cross fox, and silver. Their different color morphs can be caused by seasons, by regions, and by cross-breeding.

In the summer red foxes begin to molt, losing their guard hairs. When this happens, they can appear to be a black color. Some red foxes are different colors because of the adaptation to their habitats and regions in which they live.

Red foxes in the desert regions can be tan or gold, while red foxes in northernmost regions will be red, black or silver. Cross foxes have a unique melanistic color morph with a black stripe down their backs and a red-orange stripe across their shoulders giving them a cross effect.

The red fox has learned to adapt to the regions where they have spread. This is one of the most impressive of their adaptation skills. Red foxes are prevalent in many regions and territories around the world.

Although they are native to the northern regions of the world, they have spread south, into the Americas, Africa, and Eurasia.

They have been introduced into ecosystems where it can be argued that they have a negative effect on local animal populations. Such as the case in Australia, where they were brought in during the 1800s for hunting purposes.

Many people there suggest that red foxes are invasive and are hunting other animal species out of existence. This theory is not shared by everyone in Australia, but it does make some good points.

There are many subspecies of red fox. Some species such as the Japanese red fox (Vulpes vulpes schrencki) have existed in Japan for a very long time. So long that they appear in the mythologies and folklore of Ancient Japan.

Their stories of the kitsune, suggest that the red fox once lived side by side with humans in ancient Japan and hold very deep superstitions that ties them to the spiritual realm.

Red foxes are not native to North America despite their heavy presence there. They crossed into North America during the Illinoian glaciation, around 300,000 years ago! Today red foxes can be found all across North America and the United States, where they have adapted to even the most southern climates of America.

The red fox’s behavioral adaptation also plays a part in the success of their widespread movements. Red foxes are extremely opportunistic, feeding on carcasses left behind by polar bears in the Arctic, and foraging for vegetation when they are not able to make a kill.

This comes in very handy in seasons when there are fewer opportunities to find prey. Red foxes have also adapted their hunting skills, they are surplus killers, and will kill more than they need and hide the rest for later. 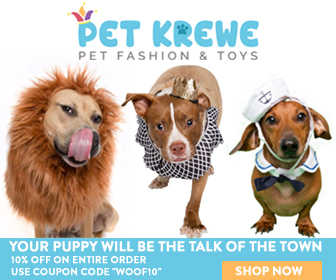 In northern Arctic territories, they have a unique hunting strategy where they use the earth’s magnetic fields to triangulate their prey under the snow, diving down into the snow to pounce on rodent’s underneath, without seeing them.

They have a very good sense of smell, much like other canids. This makes them great hunters in almost any region where they live.

Red foxes are great parents. They work together to raise their young, making sure they have the best chance at survival. This is a trait that they need, as most foxes in the wild only live to be 2-3 years old.

They build dens in the ground, also known as burrows and earths. They use the dens to mate and to raise their young. Baby foxes are called Kits. The mothers raise their kits in the dens, while the male foxes hunt and bring food to the den openings.

Females from previous litters will oftentimes hang around to help the new young. Fox litters can be anywhere from 5 to 8 kits. This ability to band together is something that has made them a strong foothold in adaptation.

The red fox uses all the survival skills mentioned in this article and combine them with their physical changes and unique hunting skills. They not only survive in the wild where the stakes are much higher, but they have also made a home in urban environments as well.

Urban foxes exist in most cities, and outskirts of towns. They thrive in greenbelts, rivers, and any place where the small mammals they prey on exist. They also feed on human food, and in urban settings have become dependent on being fed by humans.

Foxes eat many things, meat, vegetables, fruit, and even insects. Because they are omnivores and can survive on many different food sources, they are able to adapt to different ecosystems. Red foxes survive in so many places around the world because they are built to survive.

They have adapted their behavior, their physical traits, their hunting and eating habits as well as their ability to think on their feet.

Foxes are very smart. They are not called “clever” for nothing. While most animal species can adapt to their native territories, red foxes adapt to just about any territory that will have them.

Red foxes can run fast, up to 30 miles per hour! They have long legs and slim bodies which help them to adapt. They can hide very well, camouflaging themselves, hiding right out in the open.

Their diversified habitats allow them to survive in places where you would never guess they would thrive.

Adapting to the Winter

Red foxes have proven to be an animal that can survive. They have no problem getting through cold winters. This is due in part to thermoregulation. Fur covers most of their bodies, from their head to their toes.

They live so far North in the Arctic regions that they will sometimes even cross paths with Arctic foxes. Their fur is very thick in the winter, giving their feet insulation to walk on in the snow.

Their unique hunting styles also allow them to hunt in winter and in the snow when they are not able to rely on just their smell and hearing. This combined with their opportunism and ability to forage allows the red fox to adapt to the winter, adding to their long list of red fox adaptations.

Use the clues in this article to solve the interactive foxword puzzle below.

See answers to this puzzle here.

✅ Can red foxes survive in the Arctic?

Yes red foxes share territory with arctic foxes and sometimes their paths cross in the Tundra.

✅ Will a red fox eat another fox to survive?

Yes, foxes have been known to eat other foxes for survival, although it may be rare.

✅ Do foxes ever steal burrows from other animals?

Red foxes will sometimes take over unused burrows from other animals, but would most likely not fight over one.

✅ How many red foxes are there in the world?

It is impossible to know exactly how many there are but Great Britain recorded over 225,000 during a population reporting experiment.

Can red foxes swim? Yes, they can! Red foxes are good swimmers. While you will not see them in the water very much, they are able to move around in the water. They also hunt for fish, which makes their ability to swim a hunting skill as well.