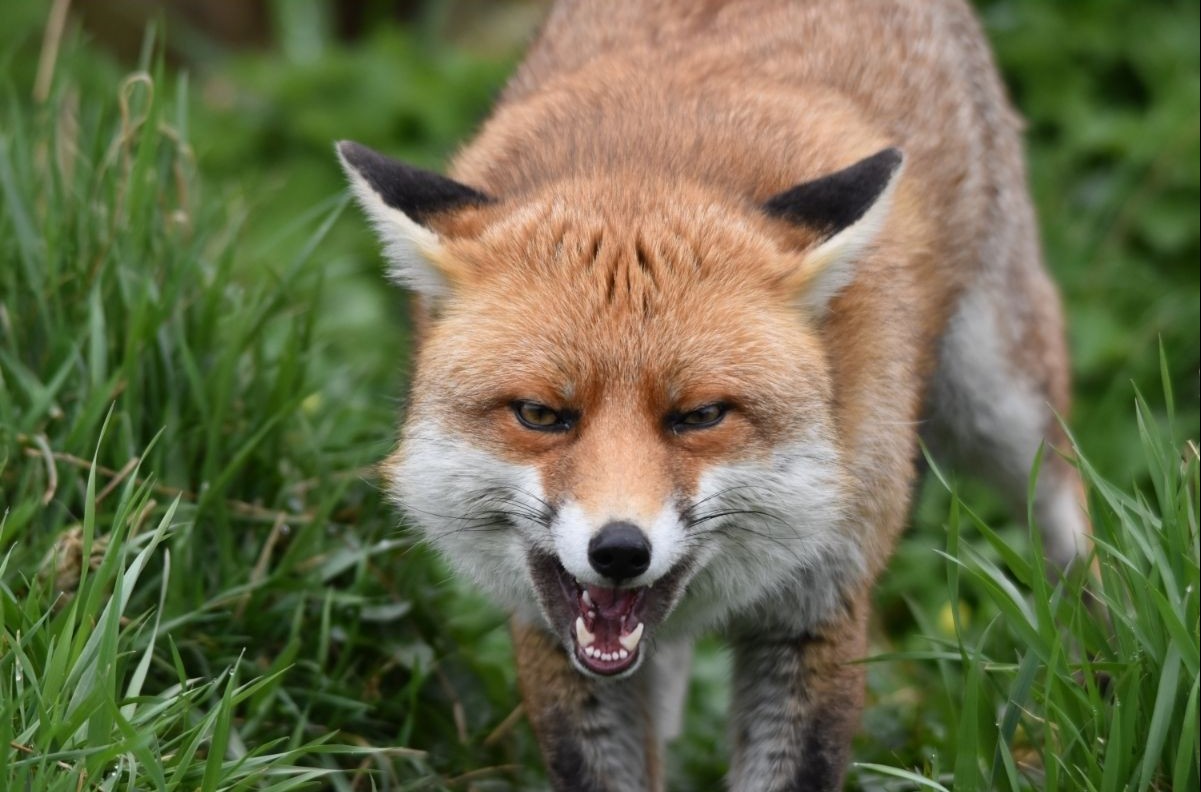 Foxes are scavengers and predators by nature. They are known to attack livestock, and can eat small mammals such as rabbits, squirrels, poultry, and other creatures that they can get their paws on.

Contents show
1 Why do foxes attack?
2 Will a fox attack a dog?
3 Will a fox eat a dog?
4 How to ward away foxes (and keep them away from your pets)

Because of this, you may be wondering if foxes can be a threat to your pets, or if they are prone to attacking dogs, or even eating small dogs.

If this is something that concerns you, then you should read on to find out why foxes attack, whether foxes attack and eat dogs, and how to prevent this from happening.

Why do foxes attack?

Much like many animals, foxes will not attack unless provoked, threatened, or defending themselves. Unless a fox feels cornered or vulnerable, they will avoid humans and other animals, and go on their way.

Generally speaking, foxes will do their best to evade conflict, and will not hunt or prey on pets and animals, unless they are very small and unprotected, like bunnies for instance.

As a rule of thumb, foxes are not known to be aggressive or prone to attacking, unless you try to pet them. They will see this as a sign of aggression, and will defend themselves by biting, nipping or striking.

Therefore, foxes will most likely never attack for no reason, and will only become aggressive to protect themselves or their young.

Will a fox attack a dog?

Foxes are generally fearful of larger dogs as they can be used to hunt down foxes, and they will try to avoid dogs in most cases.

Even smaller dogs are not seen as a threat or as prey to a fox, and it is very rare that a fox would try to attack your dog unless completely unavoidable. Generally, foxes tend to attack small animals that weigh up to 3.5 kg, and so most dogs would be of no interest to a fox.

In addition, foxes are very fearful of humans, so if you are nearby or with your dog, then it is highly unlikely that a fox would try to attack. Even moreso, if a dog is leashed and you are holding them, the fox will probably just run away into the woodland and out of sight.

By nature, foxes do not like conflict, and will only attack unless completely necessary to protect themselves, and as a means of survival.

Will a fox eat a dog?

As dogs are not the natural prey of a fox, it is also very unlikely that a fox would try to attack and eat your dog. Even very small breeds of dog would not interest a fox as a meal.

For instance, wild foxes are not prone to eating dogs, and domesticated foxes can even get along well with dogs. However, they are still considered wild animals, and can be very unpredictable and dangerous, even when kept as pets.

The only times a dog may be at risk of a fox is if they have built a den in the garden or yard where the dog is, or if the fox is starved.

When food is scarce, a fox may scavenge and look for food wherever it can. This is when very ill, sick, small dogs or puppies may become prey for a fox as they are very opportunistic eaters.

However, it is highly unlikely that a fox would attempt to eat a medium sized or large sized dog.

On the other hand, if a fox has built its den in your backyard, or on your property, then your dog may be in peril. Foxes and vixens in particular can become incredibly aggressive when protecting their cubs, and can try to kill your dog if it gets in their way.

If this is the case, then you need to keep your dog away from the fox, safe inside the house and call animal control to deal with the issue.

Foxes do usually avoid areas where they know there are dogs, cats or other animals as they will try to evade this as much as possible for their own safety and wellbeing. However, there are a few steps that you can take in order to ensure that they do not venture into your backyard and disturb or attack your dog.

The best way to keep foxes away is to never leave a food source out for them. This means keeping your dog’s food away, and not leaving a food bowl outside unattended for them, as this will attract foxes.

The same goes for leaving human food outside, or not in a closed trash can, or one without a lid, as foxes can get in there in search of food.

In addition, foxes can be startled by light, and prefer to hunt in the dark, so it may be a good idea to install some motion sensored lights to keep them at bay, and keep your dog safe!